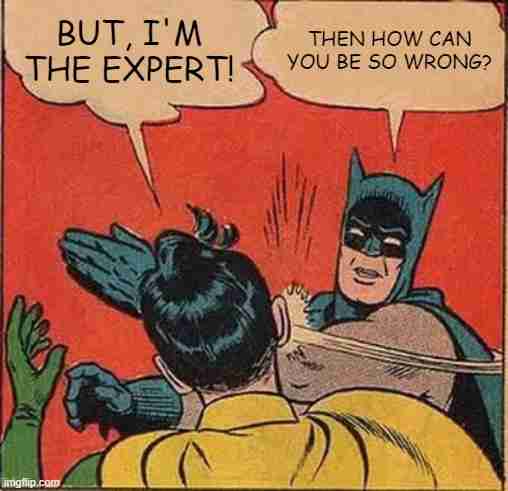 Have you ever been in an ideation session where people are reluctant to comment or generate ideas because they are not an SME in that space? Subject matter experts know a lot about their specific domains and are great when it comes to the implementation of ideas, but when it comes to ideation, they are hobbled.

This is usually due to the “Beginner’s Mind” effect, which some folks call “Beginner’s Luck.” For example, let’s say that you have never played golf before, and are going out with someone who has played before. As long as they are not a professional golfer, there is a good chance that the beginner golfer may score higher than the expert.

Why? Well, first of all, golf is a challenging sport – involving math, physics, physical movement, and the changing environment, so even the best players may not be able to play well consistently. Secondly, while the one who’s played knows the game, they also know the rules and who to play. They might know the best way to swing and calculate the distance per club, etc. They are tied down by the rules. They know the rules of the game, and they try to maintain those rules as they play. They have willingly put restrictions on themselves because they try to play within the rules.

That first time you play will likely be your best score – if you decide to take up the game. When you played, anything was possible – you didn’t have any preconceived notions of how to play, so you played freely. If you take up the game, you will start layering on rules and ways of playing, which will likely dip your score from then on. You are no longer a beginner – you see your limitations, and you allow those limitations to keep you from playing as openly as you did when you first started.

Experts are the same. They may know a lot – but they are trapped by the rules and regulations of their expertise. Its usually an ego trap – there are experts out there who are open to present a “Beginners Mind,” but many, once they are “experts” will close their minds to new ideas.

Secondly, I’ve blogged before how every individual lives in their own reality. Each of those realities occur in different timeframes, which means that everything, that ever happens, can never be compared to what has happened before.

For example, are you the same person now that you were five years ago? Ten years ago? 20 years ago? Of course not. So why should we think that an idea which flopped 5, 10, or 20 years ago be any less relevant now?

Reality is not only specific to each individual and the physical world but it also never stops changing. If someone is an expert in their field, the only reason that they are an expert is that they learned to expertly navigate their own reality and their aligned physical reality over that period up until now. But no one can know the future – yet – so the truth is that even for experts – past performance is never an indication of future results.

A final example: look a the models used to track the spread of COVID-19. They were likely repurposed from past models developed by experts, and they may have worked for the time, place, and disease that they were first modeled after. Why then were the numbers one or more orders of magnitude off?

Simple: the past performance of anything was proven only in the alternate past reality, where the model was a success. There is simply no way to replicate the same level of success in a new or different reality. Different realities drive different results.

Some people are worried about this. They think that means that the past has no meaning. That may be true. But the past is done.

It also means that the future can be anything, and if that’s not an optimistic vision, I don’t know what is.