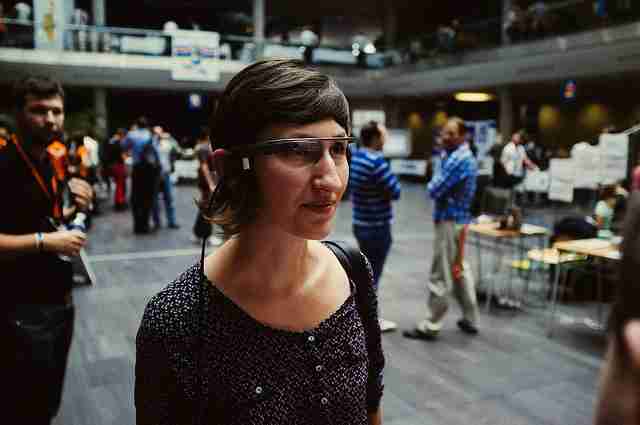 I’ve worked with a number of clients over the years who seem to have a bit of a self-esteem issue. We have very successful ideation sessions, a number of great ideas are generated, but then when it comes to taking the best of the best of these ideas and turning them into reality, they get cold feet. The phrase I hear a lot of is “We’re not like Google, we don’t have unlimited funds to spend on crazy, out-of-the-box moonshots.” It’s lucky for you then, that you don’t need unlimited funds to drive innovative new products and services out of your organization.

Sure, the might be true in some ways, but it doesn’t mean that you get off having to innovate, and actually implement some of those innovations.

For example, people can look at something like Google Glass, and the millions of dollars spent to develop it, launch it, support it, then finally kill it, as a huge waste of money. What they don’t think about are all of the ancillary benefits just doing something like Glass, even if it wasn’t the ideal product. out into the world.

Google expanded our consciousness about what can and cant be done (and as a side effect exposed the personalities of some people) even if the product itself didn’t fly. It made us think about what augmented reality devices should look like, and feel like. It made us think about a future where these kinds of devices are much more commonplace. It drove commentary and innovation about these devices and their more likely future form factor. As an experiment, it helped open the Overton Window on augmented reality by moving us into an uncomfortable space, where we could think new thoughts and possibilities. It likely created a ton of employee engagement internally as well, from both the pro and anti Glass folks.

We all learned a lot from that, even though many people say it as a failure. Google did spend a lot of money, but they got in return a ton of other good stuff.

You can do the same thing as they did, without the “spending tons of money part”. These days, with the available tools and frameworks, it can take almost no time and money for you to develop the best of the best of the ideas that you come up with during your internal ideation sessions and turn it into a real live proof of concept, or even a product just for internal use.

When I worked with Yahoo!, there were plenty of internal projects (known as “dog food” – which were built and launched for internal use only, just so we could see if they would fly) At the very least, create a simple prototype in your labs and test it with a focus group, either your employees, prospects or customers.

When you do take the best ideas and create prototypes, make sure that all of this activity is communicated to the inventors of the idea, as well as the rest of the company. Be loud and proud about the great ideas generated internally, and be even more vocal about the plans for the prototype. If it tests well, shout about that as well.

Do this long enough and hard enough, and you can be as innovative as Google, without having to spend the big bucks.

After all, are you trying to dent the universe, or just make your company more profitable and future proof? The latter is far cheaper.