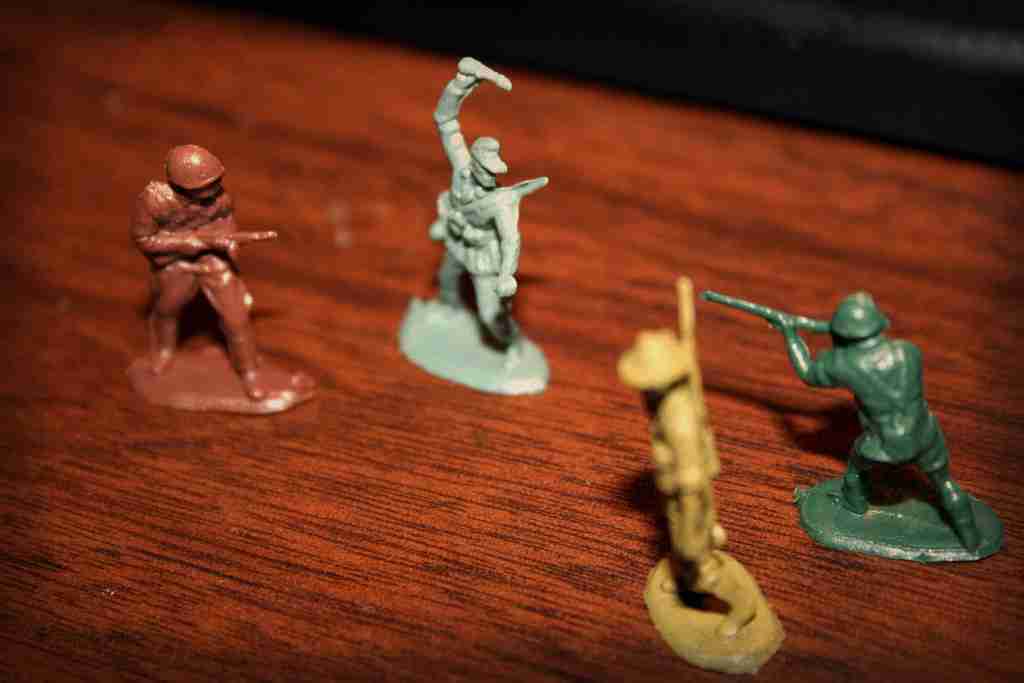 Where Does Innovation Come From?

Once upon a time, there were two types of humans…

As a futurist, I was always a big fan of depictions of the future – movies like Things To Come, where we’d fly everywhere, and even Metropolis, with its legions of shift workers punching in and out – both positive and negative depictions of the future were cool for me because I knew that it was science fiction – that it would be our own decisions and actions that would take us from one future to another.

As a teenager, (yes, futurism was my hobby even back in high school, of course, back then, it was being a geek or a nerd because not only did I like to read sci-fi, I liked to think about what kind of future we would and could have) I postulated that based on the current level of technology and medical advancement, and this was back in the early 1980s, that by the time the year 2000 rolled around, we’d have cracked the code on aging and figured out how to stop it. Of course, I thought, damn, that would mean that I’d be that age forever after that, so I secretly hoped that they’d come up with some kind of youngification drug as well.

So what happened? 2000 came and went, and nothing major happened around the Y2K bug; nothing happened on the age front. So I thought – what gives? Around about that time, people were all thinking the same thing – whatever happened to fly cars? Whatever happened to the future that we thought we were going to have – with not only flying cars but cures to diseases, no more war, famine, nations all getting along singing kumbaya.

There are a lot of theories about why this has happened – but I’m going to put one forward which you may not have heard before – that there is a whole cadre of reactionaries, an entire chunk of the human race, who is really not interested in the future – they are not really interested in making things better, they are not interested in innovation. They are the ones who constantly shoot down new ideas, constantly kill promising projects, and constantly think that no new idea will ever work.

These are the people who, when presented with a new idea, innovation, or forward thought, say loudly and clearly, “Are you sure we should be doing this?” You’ve probably seen and heard it yourself. Sometimes it’s rephrased as “Let’s not go there.” You may have even been in meetings with such folks.

I’ll retell an incident I once experienced at a futurist seminar about the ethics of life extension. On the one hand, we had a medical ethicist telling us that human life has an ebb and flow and this is how we were designed; we are born, live, and die. On the other hand, the always interesting Aubrey de Grey postulated that all we needed to do was to figure out how to extend our lifespan 20 years, and then something like Moore’s Law would take effect – those extra 20 years would give us enough time to figure out how to extend our life another 20 years and so on and so on and bam – we’d be immortal. Now, most in the audience liked the sound of that; I mean, who doesn’t want to live forever, or at least a longer life. Apparently, this medical ethicist continued to say that it would be unnatural so humans to live too long – what would happen to all of our systems, etc. He continually fretted about what horrible things would happen to the human race if we lived longer.

And that’s when it hit me – there is a whole cohort of people who really do want to retard progress, to ask “Should we?” first and delay or stop those who just want to DO IT, just to see if it is possible.

Exploration didn’t occur anywhere when those who said “Should we?” outranked or outweighed those who said “Let’s do it!” – would Columbus have discovered America? Would America even have existed were it not for those who said: “Let’s see if we can do it!”. Would we have the car, the light bulb, and countless inventions today if we were always questioning, “Should we?”

No, we’d still be working under gas lamps, and I’d use a quill pen instead of an extremely sophisticated portable computer to write these words. We are where we are today due to innovation, exploration, and invention by those who simply said, “Let’s do it!” If we had continually stopped to say, “Should we?” things would be even worse.

But I digress. Progress has been measured by the swinging back and forth of a pendulum between the “Do Its” and the “Should Wes?” ever since we started to think and write. So here is my thesis.

There are more humans who are DoIts than there are ShouldWes. In fact, just look at the rudimentary core of a human being – we are curious creatures, always questioning and exploring from day one; as soon as we are born, we have an innate desire to know – to learn – to advance. We have ambition, and our sense of competition is there from birth; it is a tangible real attribute of human nature. We learn and advance by Doing. We start becoming one only once we have been “processed” by other ShouldWes.

So, where is my flying car if there are more DoIts than ShouldWes? Where is the secret to immortality that we should have discovered back in 2000? Simple answer: Most of the ShouldWes gravitate towards positions of power where they can tell the DoIts what to do: and that, my friends, is typically government (although there are plenty of ShouldWes in corporate America as well). Authority is where the ShouldWes go.

The State suppresses new ideas daily by creating new laws that force new ideas and innovation through processes designed to destroy them. Do you remember the Segway? Just before it was introduced, the inventor of the Segway, back when it was called “Ginger” or even “IT,” said that his invention was even bigger than the internet (I wonder if that was a joke like the Beatles saying that they were bigger than Jesus) and that “whole cities would be redesigned based on this invention” The inventor, Dean Kamen, was so sure that it was revolutionary that he spared no adjectives.

And then, when it launched, we DoIts said, “Yes, I can totally see what Dean meant!”. Meanwhile, the ShouldWes were already thinking about how to rewrite legislation to include the Segway as “yet another transportation device” that is banned from the street. At first, we DoIts thought that maybe, just maybe, this one would get through. No such luck. Like with all earth-shattering disruptive inventions, it was regulated practically out of existence, with only a select few uses allowed. Even in San Francisco, a city that you’d think is fairly progressive; the Segway is banned for use by anyone unless they are a tour group or some kind of official. I rode one once, and I thought, this is amazing. Too bad we can’t use these in my neighborhood.

So my point is that we DoIts have been coming up with awesome ideas and inventions forever; we can never make them real because the ShouldWes in power will always try to crush or stall innovation.

So my question is: Are you a DoIt or a ShouldWe? Which side are you on?