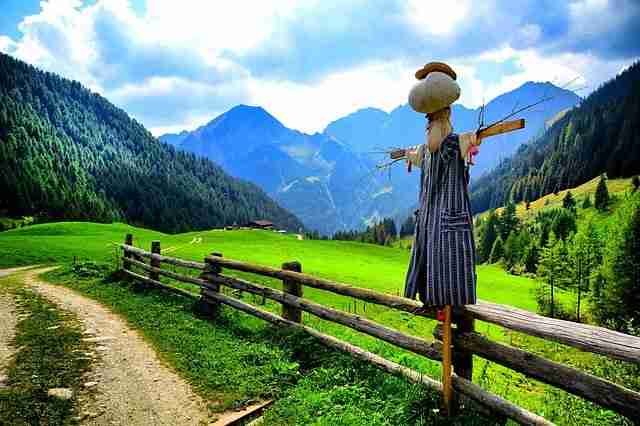 Have you ever been in those meetings where discussion keeps going around and around, and you can sense that you are going nowhere and that unless someone intervenes, this entire meeting will be for nothing?

The key is to erect a straw man – and let people wack the hell out of it.

For some reason, I’m not sure if its an innate sense or just something that I’ve developed over the years, I seem to be able to sense this coming and have come up with a foolproof way to head this off at the pass. The key is that many people simply cannot work without a starting point—straw man time.

Let me give you an example – I recall a client meeting once where I was helping my client manage a vendor who was in the process of developing one of the ideas for the client. We had envisioned the belief in one of our ideation sessions, and the client was so optimistic about the idea that they immediately hired an external team to develop the concept as a product, then fold the idea into the rest of the client’s product set.

The spec that we had developed was at a high level. Still, as the idea had also gone for patent filing, the specification was detailed enough so that “someone skilled in the art” would be able to use the description of the idea in the patent application to build the idea. That is the essential element in a successful patent application – think of it as an instruction manual on how to build the invention – in addition to the description of the invention. So we had written an application which had enough information – or so we thought – to be able to pass to the engineering firm to turn into a product – or at least a working proof-of-concept. We met to discuss this. I’d previously circulated the specification.

They’d all read it – both folks on my team, the client’s team, and the vendor’s team. But we still went around and around. I don’t think I heard the word “requirements” more in one meeting than I had in one day. After a few minutes of this, it seemed evident that the team was uncomfortable with the “light spec,” which a patent application consisted of, and they wanted something more concrete – but no one was stepping up to do anything about it. I felt that unless someone – anyone – not even the people who were ultimately responsible for creating the requirements document – just started creating at least a “strawman” – then absolutely nothing would happen. Everyone was just stuck. It reminded me of writer’s block – the crippling stasis some writers feel when they encounter a blank sheet of paper.

So I volunteered to create a document – literally folding in the descriptions from the patent application, screenshots from a PowerPoint we did, and any other feedback I’d gathered in these sessions, then circulated it. It was immediately slammed for omitting this and that – but at least it was a starting point.

There are many times in life when people are afraid to start something because they don’t feel like they have enough information or the authority to do it. This is an epidemic in corporate life today – among the full-time employees – there is too much politicking and not enough work doing (which is probably why Google and similar firms are up to 50% contractors nowadays – the contractors might be the only ones working 🙂 ).

Most humans need something – a document – a deck – a sheet – something to start with and critique and beat – instead of generating something from nothing. To get teams to move forward – YOU must do something – to get people moving in one direction, you have to pick a course and start running. They may see you running and join you – or run in a different direction – and then you can join them. Either way – you need to start. Something. Anything. And things will start to move, almost magically.