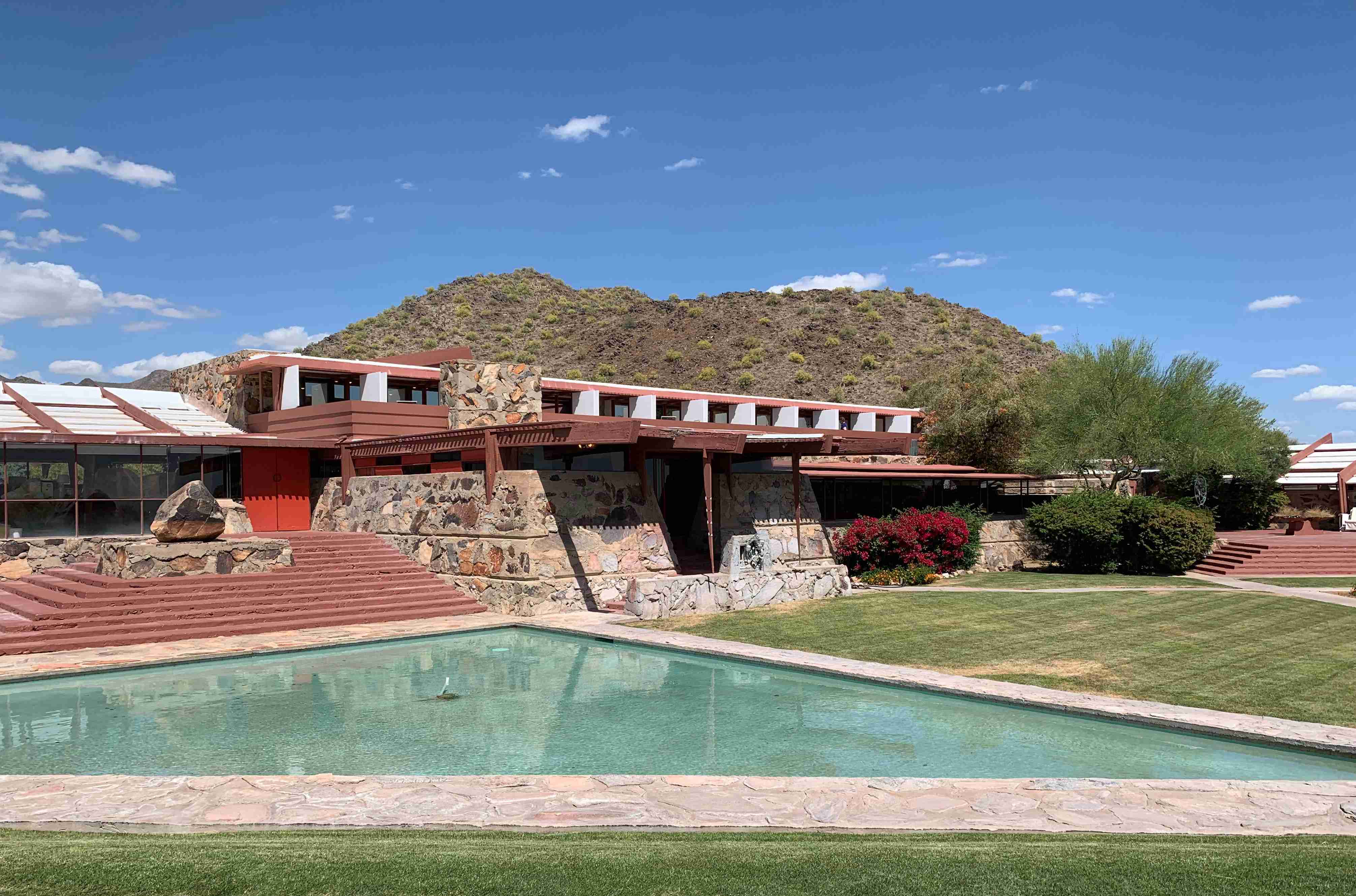 I recently returned from Phoenix, where I had the great pleasure in touring Taliesin West. It’s a sprawling desert structure built by Frank Lloyd Wright and his students as a school. It was also a place for him and his third wife to winter as he had lung damage.

They bought around 600 acres of the cheap empty desert far to the northeast of Phoenix, up against a mountain. There was no water on the property, and he and his wife stayed in tents in the desert. Keep in mind that he was in his seventies at the time. He brought his students down from the school in Wisconsin and set them to work, a huge proponent of “learning by doing.” He refused to call it a school; instead, it was an “experiental apprenticeship.” Students got in there, and, directed by Wright, used the desert rubble, wooden forms, and concrete with whatever water they could bring in from Phoenix, to build a series of structures which still stand proud today, 80 years later.

What struck me as most interesting about the structures is Wright’s penchant for the “compression and release” design ethos. A visitor would pass through a low, narrow, dark corridor (requiring visitors to compress their body down, tall people ducking) into the home, then step into an awesomely huge and high space (release), allowing you to stand up straight and experience the high ceilings in the inside space.

I marveled at the amazingly cool architecture (BTW, have I ever mentioned that if it hadn’t been for technology, I would have gone into architecture?) and thought to myself – even though we think of Wright as one of the greatest American architects, none of these incredible structures are possible today.

As I moved from room to room, I realized that this building was a building code nightmare: no city inspector of today would ever approve this design. Nothing was to “code” – steps were too low, exits too narrow, and down even get me started on the “compression” corridors. If you wanted to build a house as Wright did in 1937 today, you would never be allowed to.

How is it that the architecture of one of the most celebrated architects in the world is now considered unsafe?

Zoning and building code restrictions expressly forbid you to build anything as innovative as Wright did today.  Building code rules stifle innovation like that.

Who knows what innovations could have come out of your company were it not for your own codes? Maybe its time to look at those codes and see if they are helping you to innovate and succeed, or they are keeping you from becoming the most renowned company in your space?